ALLIGATE was bought for €75,000 at the 2019 Goffs Orby Yearling Sale in Ireland and bred by Kirsten Rausing’s Staffordstown Stud in England.

He has a genuine staying pedigree and was given the time to grow throughout his 2yo season.

He made a late start to his career as a 3yo but progressed well during his five runs and after finishing 4th in the Swedish St. Leger he won by more than 8 lengths on his last outing of 2021.

Back with a bang: Alligate made all in a canter in his first run of 2022, winning by 11 lengths for a new Official Rating of 94.

After two disappointing runs during the summer, it was decided to change the scenery, and Alligate will head into training with Tim Dunworth in Chantilly, France. We look greatly forward to seeing him run in France in 2023.

Pedigrees rarely come better than the one of Alligate.

His dam won the G1 Rheinland-Pokal, G1 Deutschlandpreis and G1 Preis von Europa, and she herself is an own-sister to Alborada, the Champion 3yo filly worldwide on International Classifications, who won the G1 Dubai Champion Stakes twice.

Alligate is own brother to Group 3 Arc Trial winner Algometer (by Archipenko) – pictured – and half-brother to Listed winners Alwilda (by Hernando) and All At Sea (Sea The Stars).

Alwilda herself is now the dam of treble Group 1 heroine Alpinista (by Frankel). 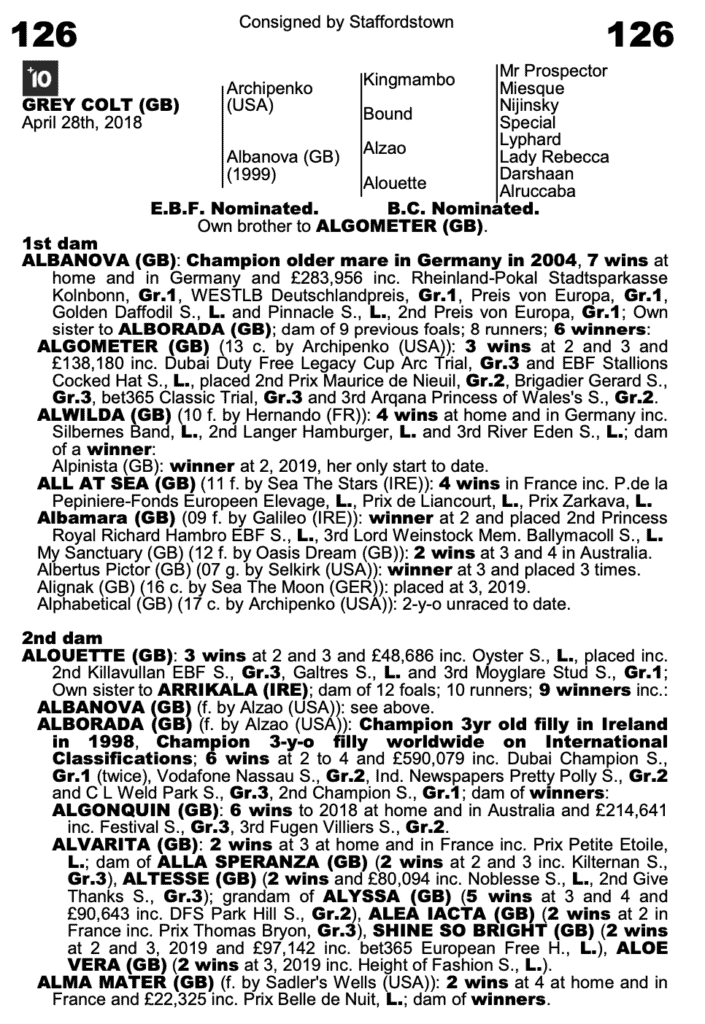