Bullof Wall Street was bought for €75,000 at the 2018 Goffs Orby Yearling Sale in Ireland. He is a typical American horse bred for the dirt.

Given the time to grow throughout most of his 2yo season, he cruised home by a wide margin in his September barrier trial, recording the fast time over 800m this year at Jägersro.

Supported into hot favoritism, he also landed his debut in eye-catching style, though he did lack a lot of routine and zig-zagged down the stretch before finally stretching out over the last furlong.

After spending his winter time in Dubai, Bullof Wall Street began his Scandinavian 2020 season with three straight wins – including the Voter (1st leg of the Swedish Dirt Triple Crown) and the €300,000 Swedish Derby at Jägersro.

He is now the highest rated 3yo horse in Scandinavia with an Official Rating of 106 / Scandinavian handicap of 93.

On 13th February 2021, Bullof Wall Street was awarded 3YO Horse of the Year in Norway.

Bullof Wall Street is the fourth winning produce out of his dam Dovie (by Coronado’s Quest) and half-brother to multiple winner Doyouknowsomething (by Awesome Again), who is also placed in the G3 Excelsior Stakes. 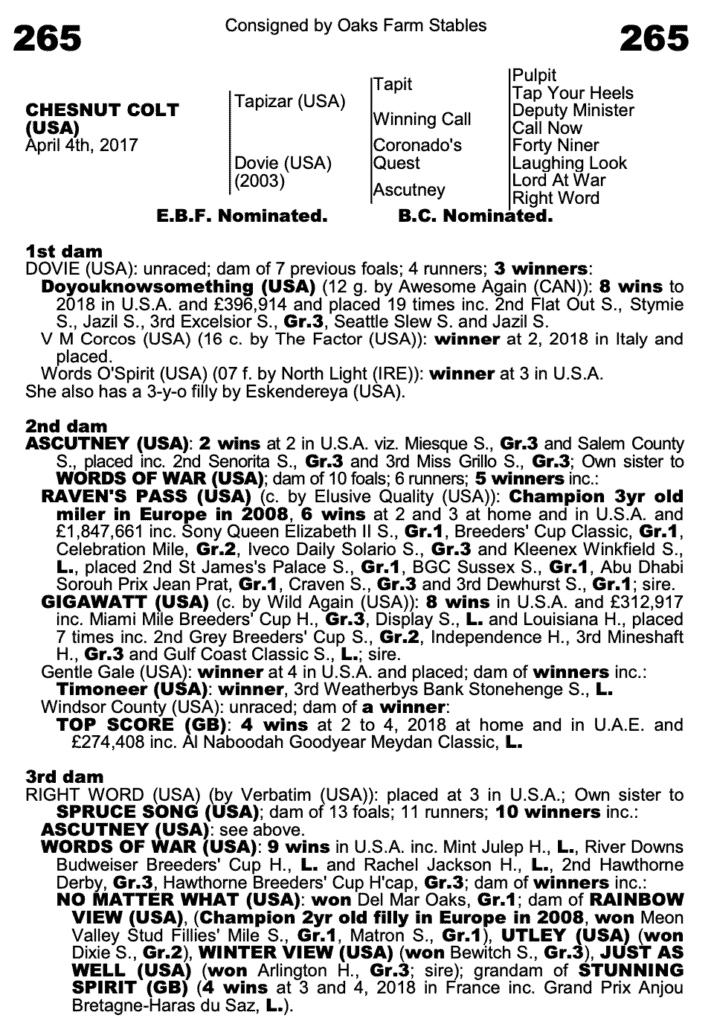