Stripesof Stars was bought for £68,000 at the 2022 Goffs UK Breeze Up Sale in Doncaster, England.

A strong, fast-looking and well-balanced colt who breezed in a very good way and with an entry to the 2023 Swedish Derby and Oaks Series at Jägersro.

He was consigned by Brown Island Stables in Ireland and sourced in cooperation between Edgar Byrne Racing and Filip Zwicky Agency.

Stripesof Stars went into training with Scandinavia’s Champion trainer Niels Petersen at Øvrevoll and won 1st time out with great authority in September.

On his only second run he was placed 2nd in The Norwegian Criterium, and he subsequently won again on his first run on dirt.

He thereby ended his 2yo season with two wins and a second from three starts – and shaped with a lot of promise for his classic campaign.

Stripesof Stars is bred in Ireland and born on January 3rd 2020.

He belongs to the first crop of European Champion 2YO and Champion 3YO Sprinter U S Navy Flag (pictured), himself a son of sire sensation and Sire of Sires War Front (Danzig).

Stripesof Stars is the first foal out of the Cape Cross mare Edelline, who only raced once for Luca Cumani. Edelline, who also has a yearling colt by Kodiac, is a half-sister to Group 2 winner Emerald Commander and out of an own sister to Racing Post Trophy (Group 1) winner Commander Collins. 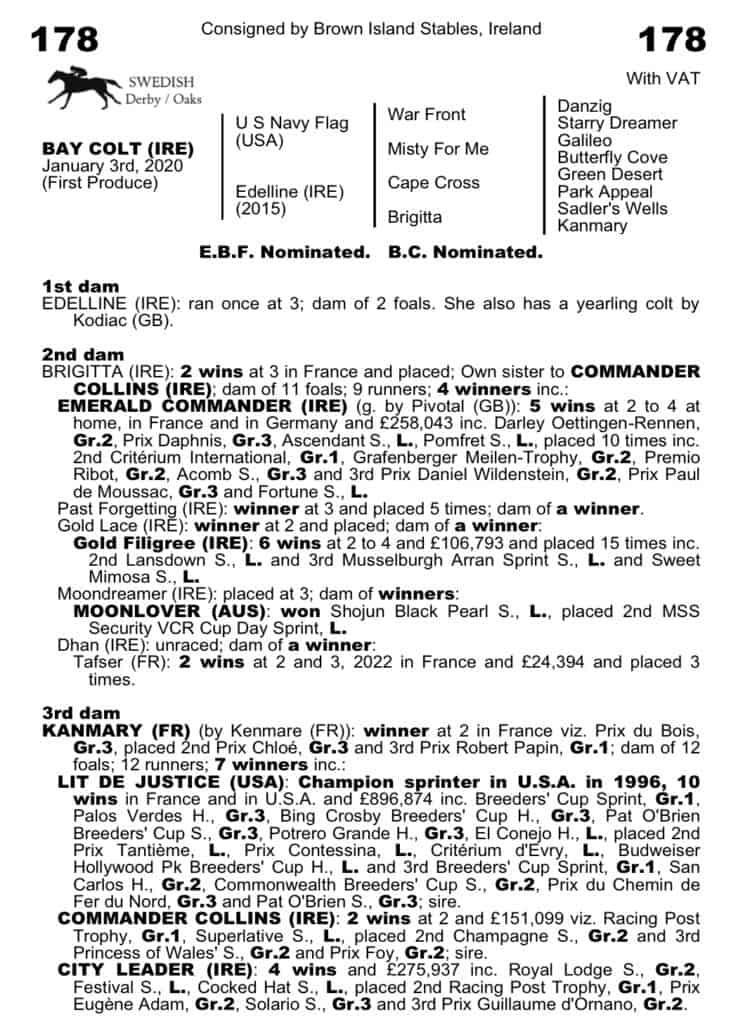