Nine months later he was re-sold to The JC Organization at Goffs Orby Sale.

He has gone into training with Swedish Champion trainer Lennart J:r Reuterskiöld at Jägersro and will be aimed at the 2023 Swedish Derby Series and Norwegian Derby.

The colt is by one of the world’s leading sires, French 2000 Guineas and Derby winner Lope De Vega (pictured), a sire of 13 individual Group 1 winners on four continents.

He hails from a strong and glorious German bloodline as the 6th foal out of French winner Biscaya Bay (Dansili) who was rated 104 and was placed 4th the Group 3 Prix Minerve.

Biscaya Bay is the dam of 5 winners from as many runners including the promising German trained 2yo Barina (Gleneagles), who won her first start in Munich in September 2021.

The 3rd dam Britannia (Tarium) was Champion older mare in Europe in 1989. 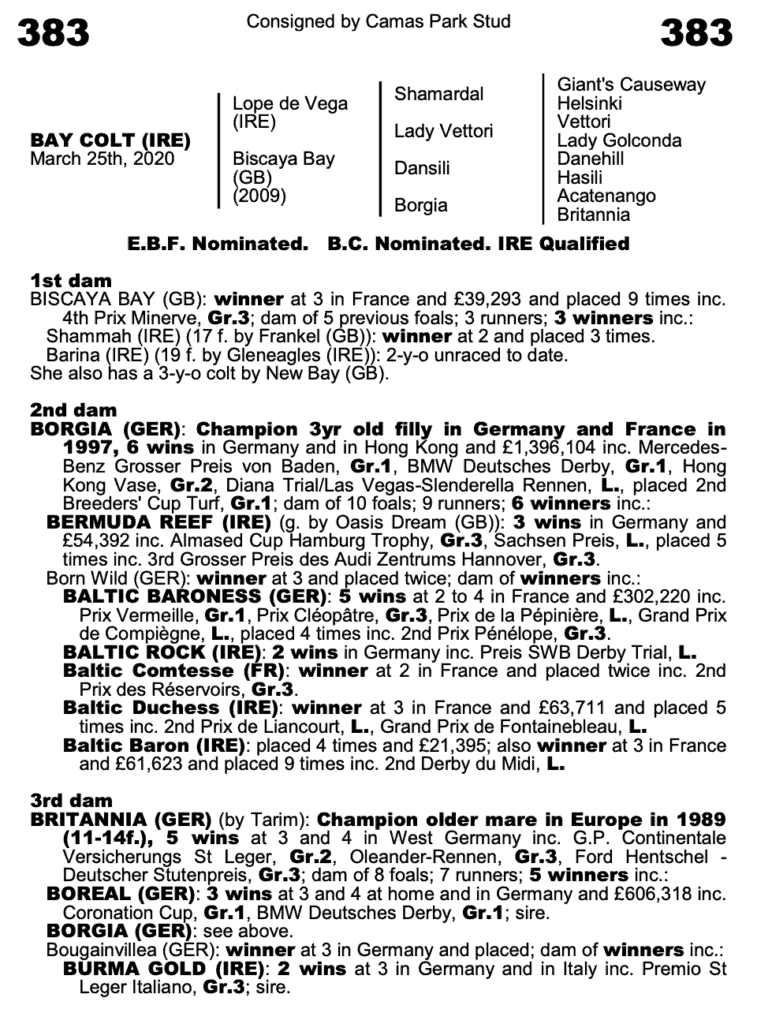 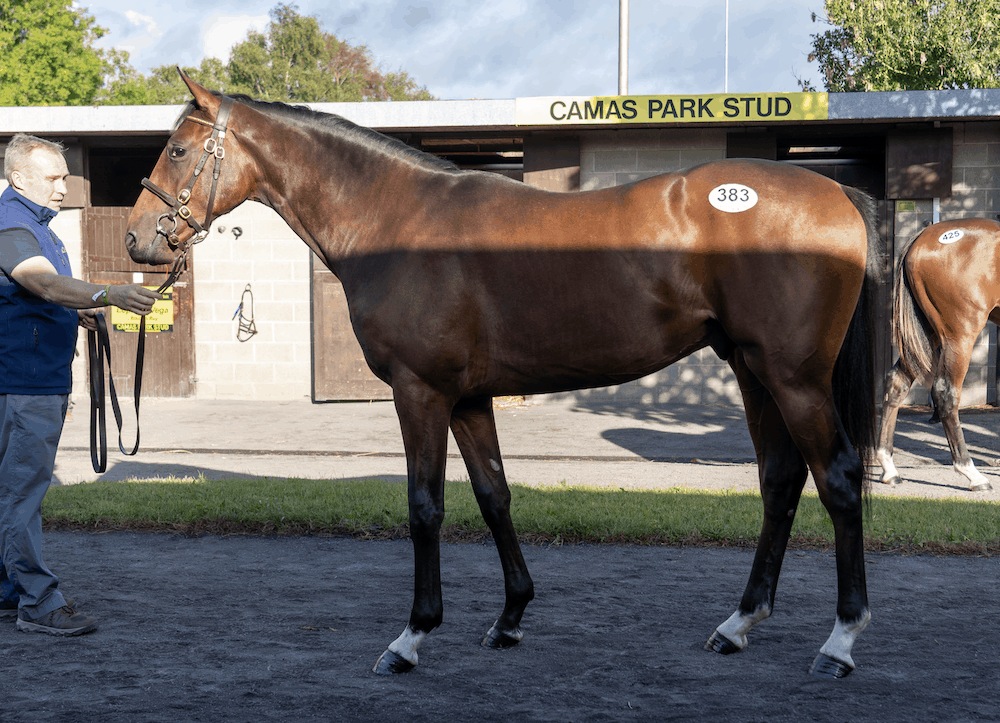