Gulfstream Tiger was bought for £110,000 at the 2019 Goffs UK Breeze Up Sale in Doncaster and purchased with an entry to the 2020 Swedish Derby Series at Jägersro.

The talent he showed at the Breeze Up was quickly proven at home, and after an impressive barrier trial in the beginning of June, he eventually won his racecourse debut but three lengths by the end of July.

He was given the time off and returned fabulously for his 3yo campaign, winning four straight races at Jägersro, before finishing 3rd in the Derby Sprint.

He followed up later in May to finish 2nd in the Listed Jägersro Sprint over 6f.

Gulfstream Tiger was born in Kentucky and is by superstar stallion Elusive Quality (by Gone West) – pictured – and the first foal out of the triple winning mare Chulula (by Leroidesanimaux), who was also Stakes placed as a 3yo.

Gulfstream Tiger hails from the family of Champion 2yo Green Perfume and G2 winner Salty Perfume. 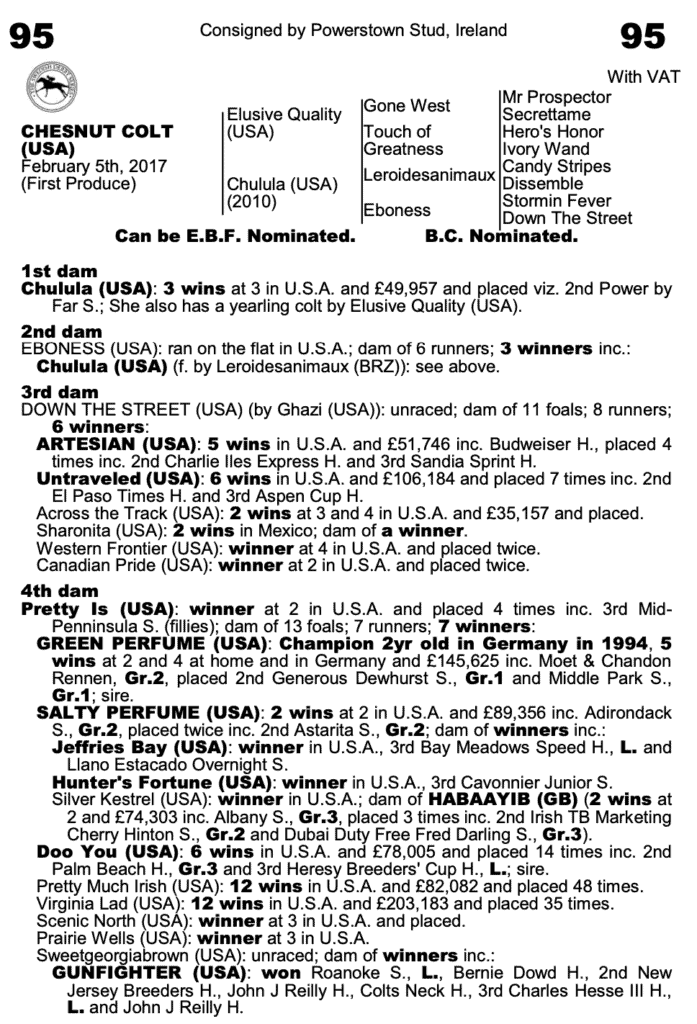