The first ever pinhook by The JC Organization with a return profit of €330,000.

He is by Footstepsinthesand and a half-brother to the 2020 Group 1 Phoenix Stakes winner Lucky Vega.

“Lucky Vega, succesful in the Group 1 Phoenix Stakes this year for Jessica Harrington, was a Goffs Orby graduate from Baroda Stud and his Footstepsinthesand half-brother was a standout when the catalogue for this sale was released.

Consigned like his older sibling by David Cox’s nursery, the colt had far more to recommend him than just the exploits of Lucky Vega, who was also placed in the Group 1 Middle Park Stakes.

A good-looking colt by the 2000 Guineas winning son of the brilliant Giant’s Causeway and out of a Cape Cross daughter of Group 1 Prix de l’Opera winner Satwa Queen, the athletic boy was an excellent mover and an impressive advert for his sire.

He will be coming back to Goffs for the Orby Sale where expectations will be heightened considerably by the €300,000 paid for him by The JC Organization, clients of Goffs’ Scandinavia representative Filip Zwicky”

The colt foal was born in Ireland on March 8, 2020. He is by Coolmore’s brilliant Group 1 2000 Guineas winner Footstepsinthesand (pictured) out of the Cape Cross mare Queen Of Carthage. 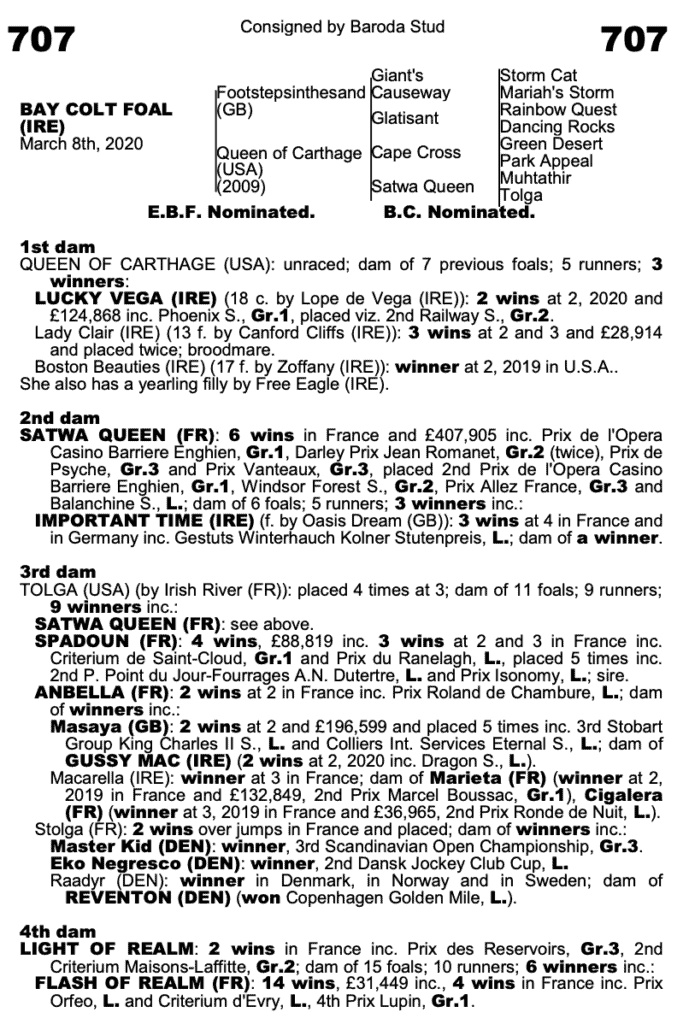 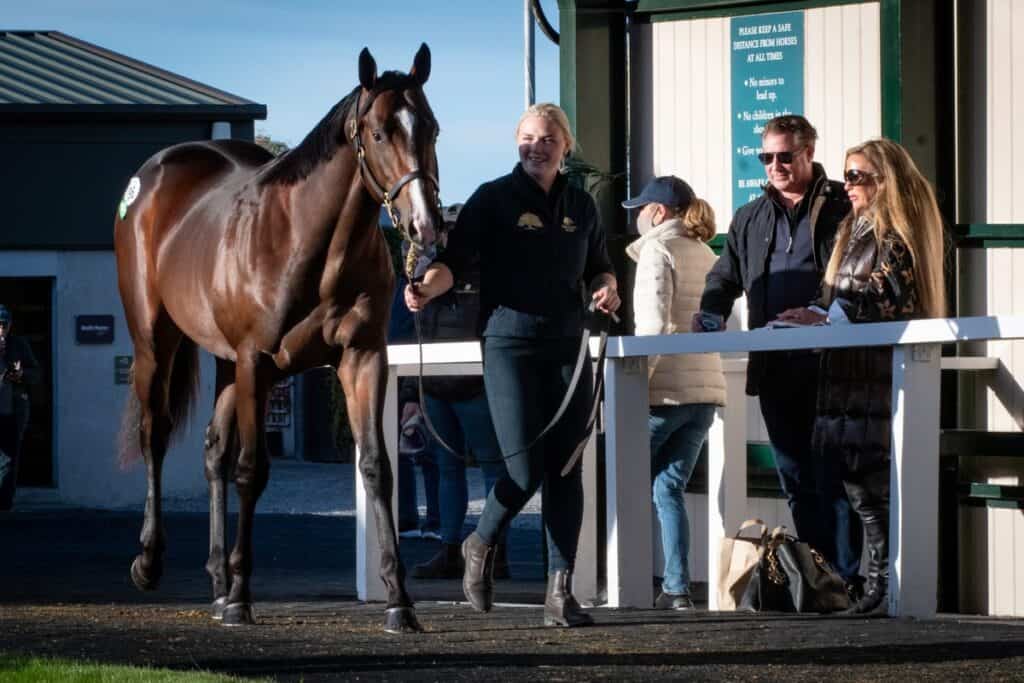 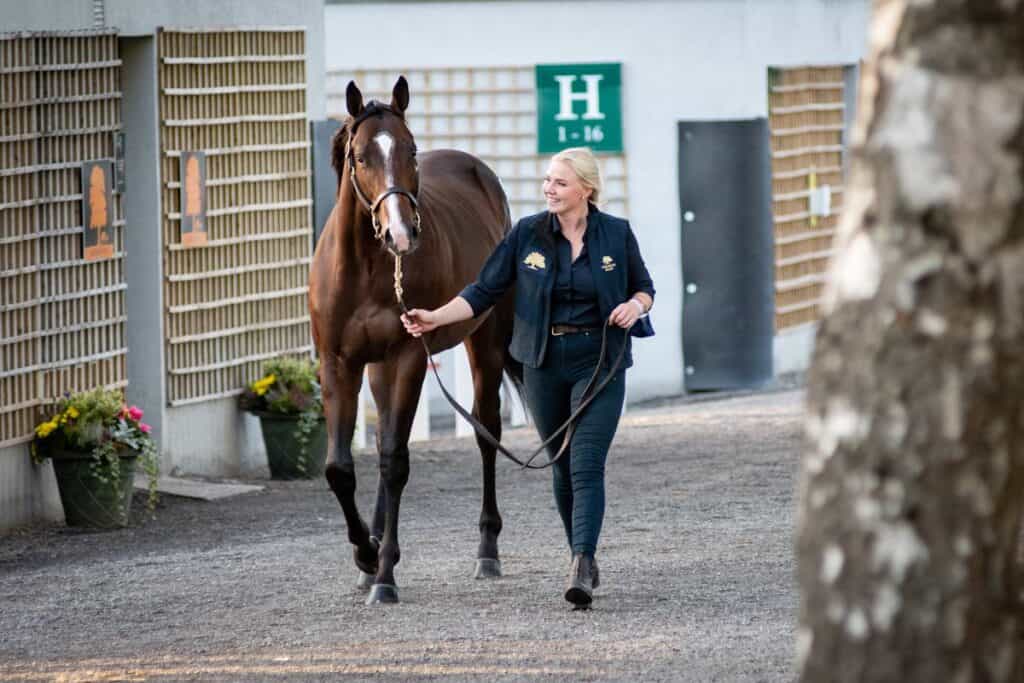 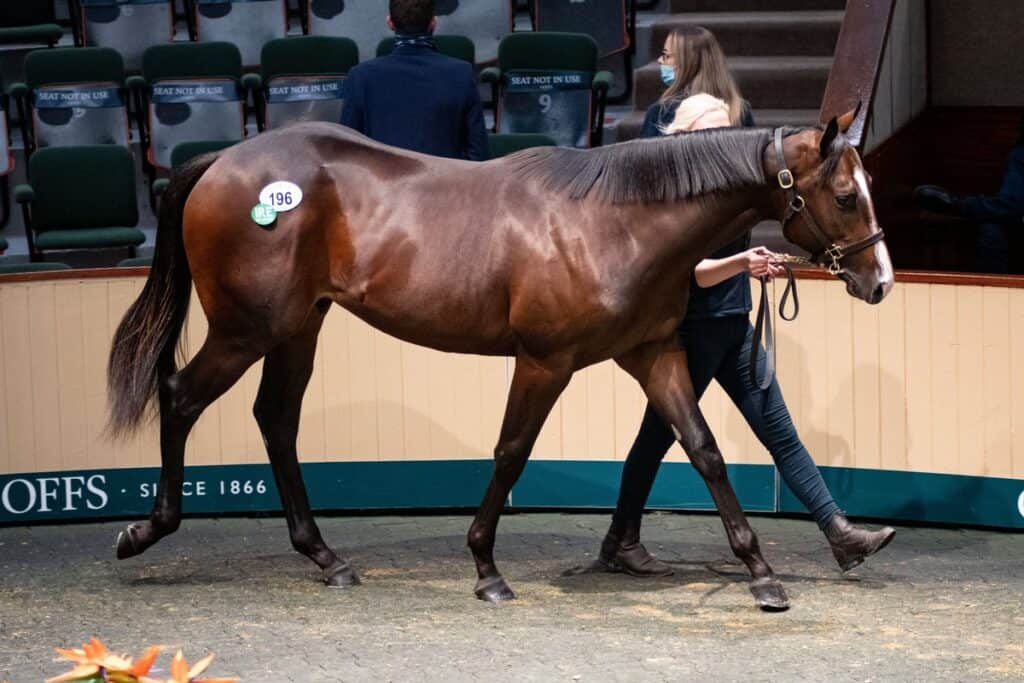 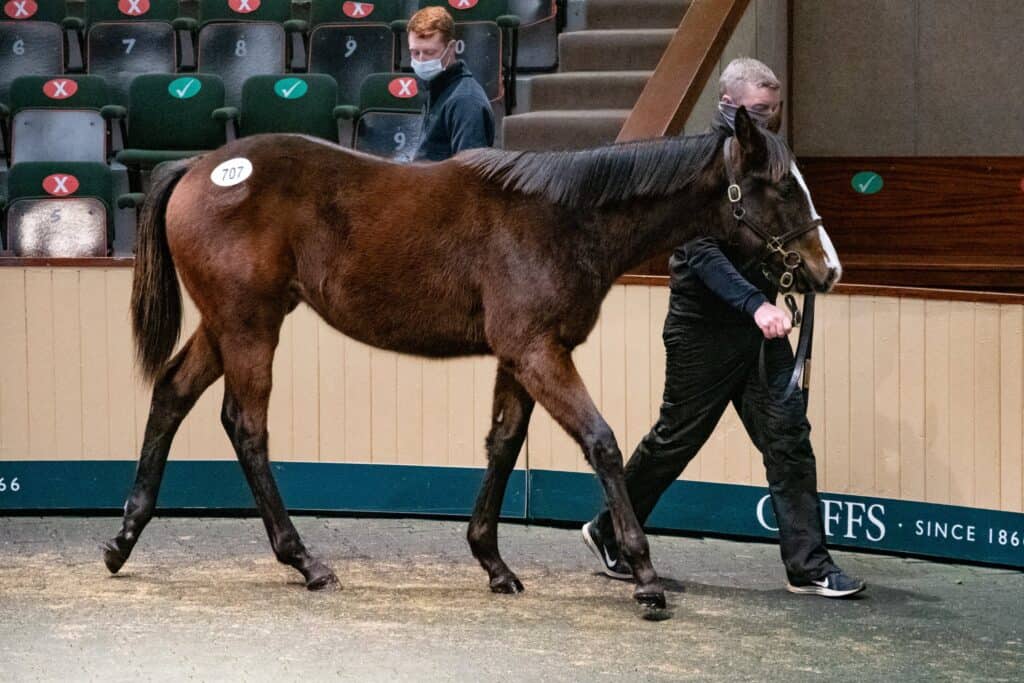 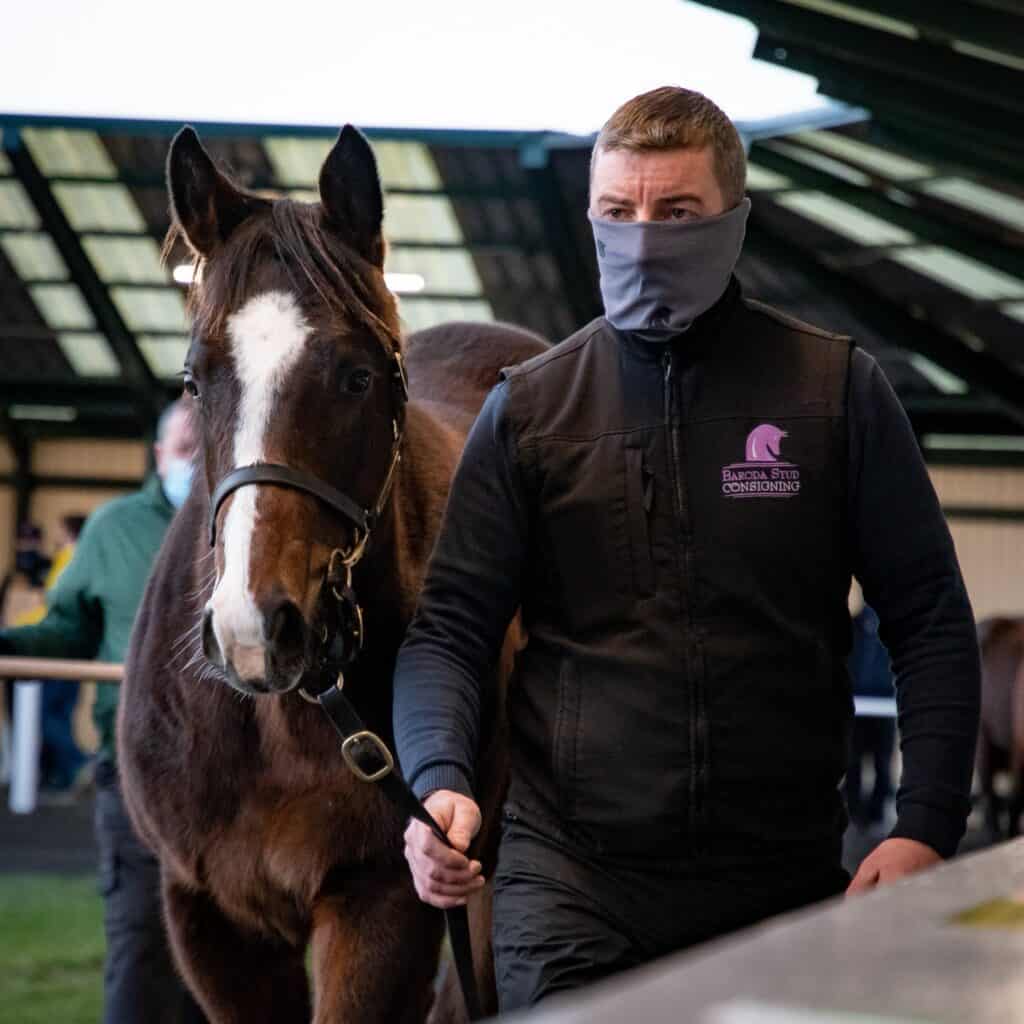 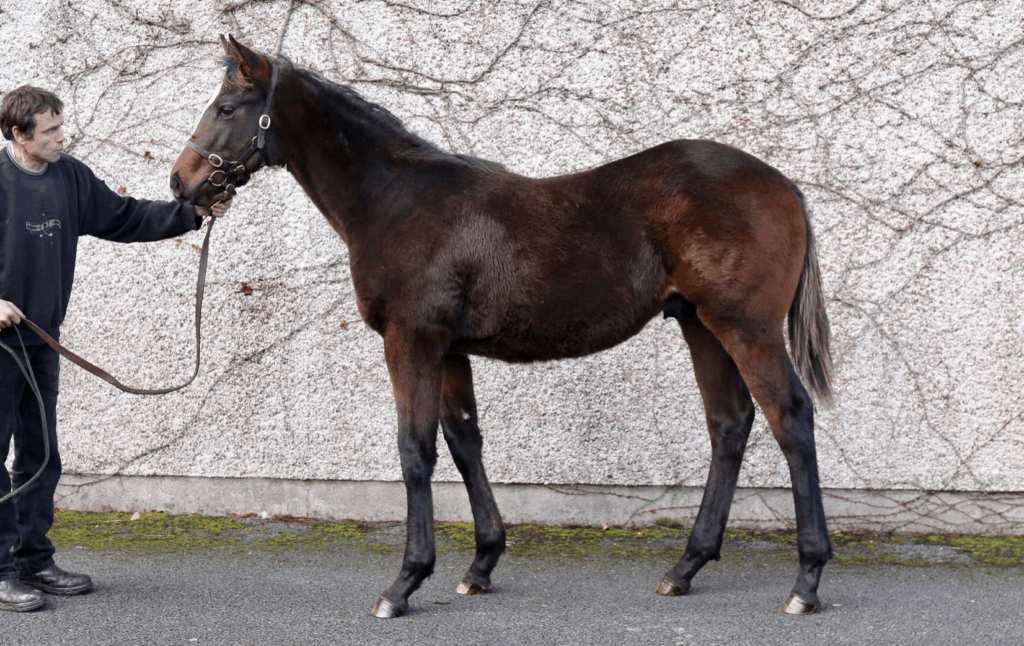