Chiefof Comanches was purchased privately through Leinster Bloodstock and is a typical american horse bred for the dirt.

He entered training with Niels Petersen at Øvrevoll in early May of 2021 and was entered for the 2022 Swedish Derby Series and Norwegian Derby.

Chiefof Comanches made his debut on 22nd August 2021, finishing 2nd in The Heatherwold Cup, beaten half a length by a previous winner.

A very pleasant debut that was followed up by soon forgotten run in the Svealandlöpning at Bro Park as he didn’t handle the soft ground.

Switched to dirt for the first time, Chiefof Comanches ran away from his rivals to a smooth maiden win over a mile at Øvrevoll, and he received an OR of 80 for that performance. He finished his 2yo campaign as 3rd in the Skånelandlöpning over 1600m dirt at Jägersro.

After two runs without any luck at Meydan, Chiefof Comanches was gelded and ran a creditable third on his reappearance at Øvrevoll in May 2022.

The colt is a half-brother to three winners from as many runners out of his dam Miss Victoriana (Explicit), herself a three-time Matron Stakes winner and the winner of Northlands Oaks in Canada.

Miss Victoriana is also the dam of Get Explicit (Get Stormy) who is a three-time winner at 2 and 3 in Canada and placed 2nd in Mrs Revere Stakes (G3) and 3rd in Pin Oak Valley View Stakes (G3), Waya Stakes (G3), Flaming Page Stakes and 3rd in Nassau Stakes (G2). 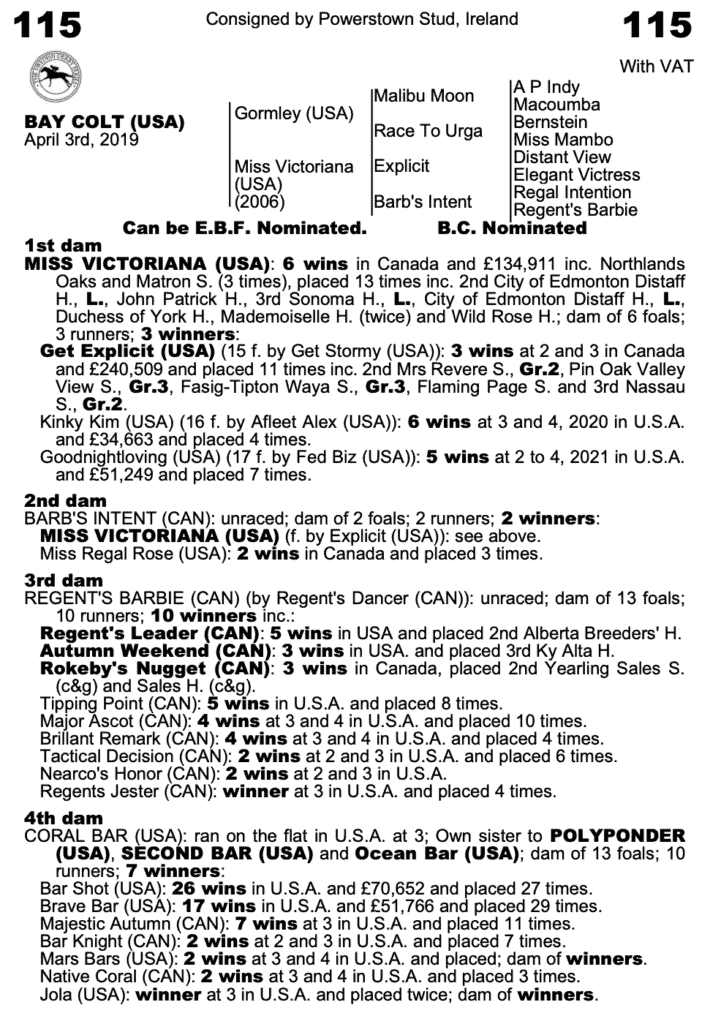 2nd in The Heatherwold Cup