He is a typical American horse bred for both dirt and turf and was pinhooked by Glidawn Stud as a foal at Keeneland in Kentucky.

He is in training with Lennart J:r Reuterskiöld at Jägersro, Sweden, and will be campaigned towards the Swedish Derby Series on the dirt in 2022.

Multi-surface, international star Lea is a son of Claiborne stallion First Samurai, who carries on the Giant’s Causeway sire line.

Lea is out of a mare by global top sire Galileo, a stakes-placed half sister to three graded stakes winners.

A Grade 1 winner on dirt and graded stakes winner on turf, versatility courses through Lea’s bloodlines.

A winner of over $2.3 million and track record-setter, Lea raced until age 6, he was as honest as they come, hitting the board in graded stakes races.

Centurion Red is a half-brother to four winners from as many runners out of his dam, Seeking Luck (Seeking The Gold) – including his now 3yo half-sister Carpe Fortuna (Carpe Diem) who was an impressive MSW winner at Del Mar on November 29, followed by a 3rd place in the Listed Blue Norther Stakes at Santa Anita on December 31. 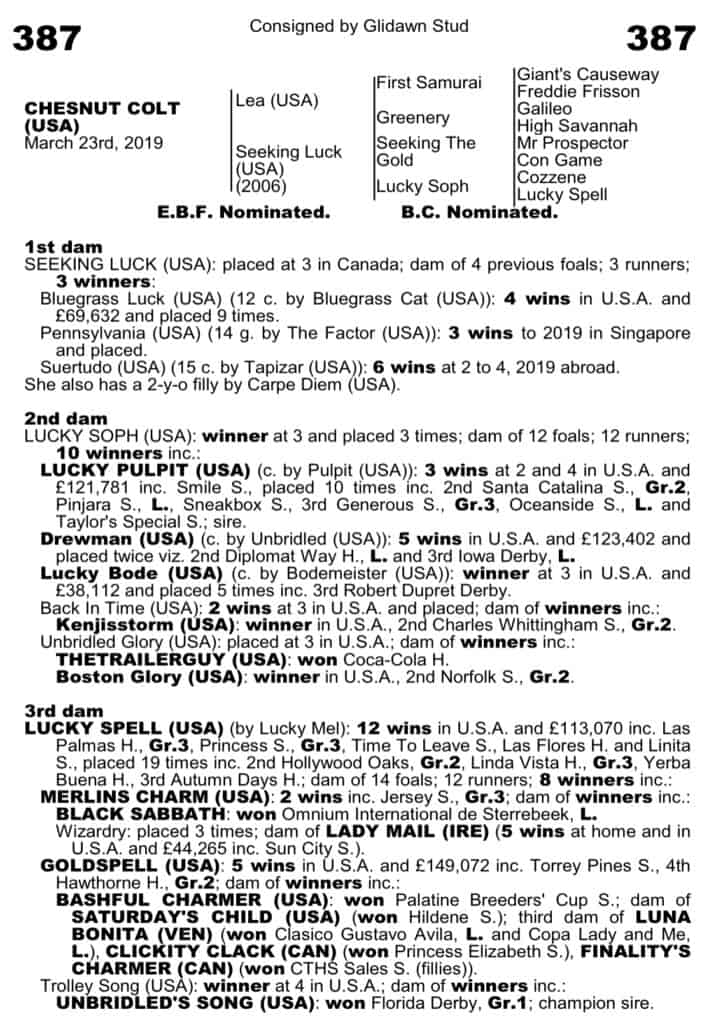