Irish Prosecutor was our first international sales purchase when knocked down for €245,000 at the 2018 Goffs Orby Yearling Sale in Ireland.

He was gelded after finishing second in his first run as a 2-year-old and took the runner-up spot again on his comeback behind a subsequent big race winner.

On his third outing he blew away all competition and won eased down over 1200m.

Coming back after a long period on the side line, Irish Prosecutor shaped as an upcoming top sprinter when winning over 1170m on turf at Øvrevoll on September 23, 2020.

Irish Prosecutor was born in Ireland as a son of Coolmore’s sensational No Nay Never (Scat Daddy) – pictured – whose nomination fee for 2020 has taken yet another increase to €150,000.

Irish Prosecutor’s dam Apparel (by Cape Cross) was a winner over 2400m at 3 in Newmarket and producer of two winners incl. multiple scorer Camparel (by Camelot). 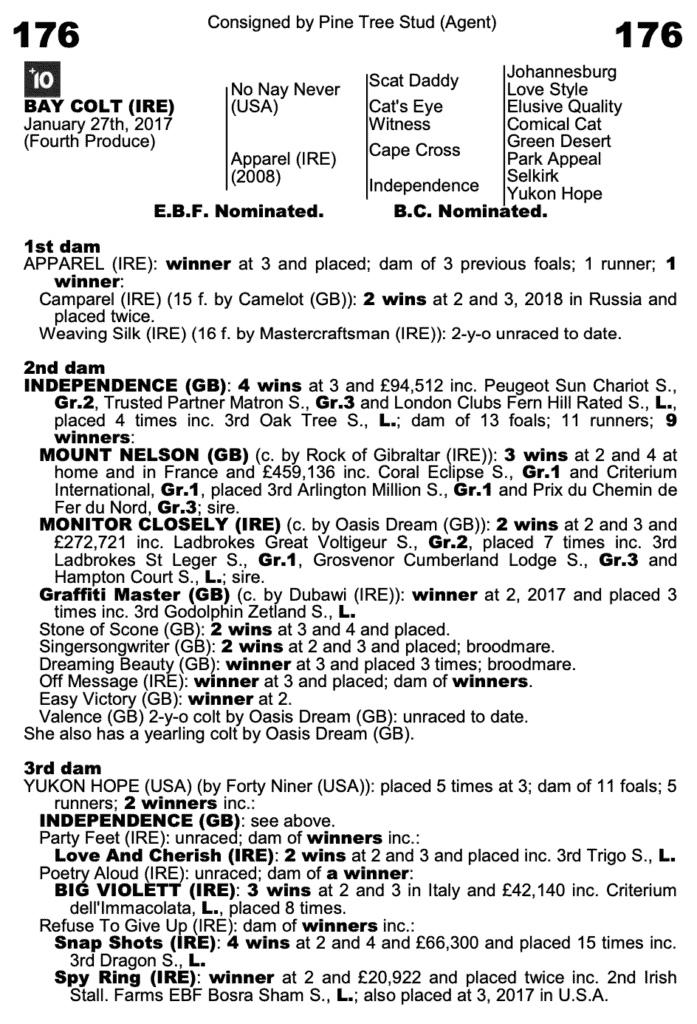